Digital Platforms and the Nature of the Firm, by Laurent Baronian.

Laurent Baronian, from Universite Paris 13,  shares his contribution to the study of digital platforms published in the Journal of economic issues. In this case, the issue was to rely on capitalist digital platforms in order to place labour at the heart of the long debated firm-boundary problem.

Abstract:
Digital platforms turn traditional approaches of the firm, which relied on the wage relation to explain the major difference between firm and market, upside down and underline the advantages of coordination through organization over coordination through market.

This study aims to propose a definition of the firm able to integrate, besides the integrated firm, also hybrid forms such as networks of subcontractor/subcontracting firms as well as atypical forms such as digital platforms.

By reactivating the firm-boundary problem, this article suggests putting valorization by labor at the heart of the firm’s decisions concerning integration. It suggests therefore a general definition of the firm as a technoinstitutional center of capital valorization, provided that firms make profits by means of the appropriation of labor incorporated into their (productive, structural, intellectual) capital through institutional arrangements.

By stressing the relation of production between the owners of the means of production and the direct producers, the approach of the firm supported here should allow to cover the different existing models of the firm, from the classical firm to hybrid models, around which the boundary debate has revolved, to digital platforms.

Report on socio-historical impact of technology in the labour market, by projectpluseu.

The study on socio-historical impact of technology in the labour market is part of a theoretical understanding on the platform economy and on the rise of digital platforms carried out in PLUS project (lead by Universita Di Bologna and with participation of SUPSI). This report provided to deploy an historical background in order to examine the impact of so-called Industrial Revolution 4.0 on European society in an historical comparative perspective.

Platform economy is a comparatively new phenomenon. However, in order to fit it into a broader socio-economic evolution, in this report we have implemented a longue durée analysis which aimed to propose a new historical reconstruction of the last three centuries, proposing a new chronological partition which has the urban as the crucial point of inquiry. In order to do this, we tried to problematize the concept of Industrial Revolution preferring to talk instead about Capital’s Revolution, and we developed the concept of “trans-urbanism” — which is crucial for the PLUS project as a whole. The broad historical perspective allows us to place Platform economy in the more general context of technologically-enabled transformation of work. In other words, we have considered industry 4.0 in relation to a more general connection between innovation, production and circulation as sources for social and economic changes.

The research has been implemented by a multilingual assessment of bibliography through a desk analysis and by few brief research periods in the Municipal Archives of the city inquired in the PLUS project. During the research periods we found maps, documents and other imagines that are partially composing this report.

The aim of this report was not that of a fully implemented and structured research. It was rather intended on one hand to furnish to the PLUS project an historical background in order to root its analysis on the impact of platforms on European society; on the other hand, this report aspire to outline a field of research that could better insert an Eurocentric history of the Industrial Revolutions into the field of the Global History which is, according to partners, the most productive field in which we should operate as historians as well as social scientist more generally. Finally, the elaboration of the ‘trans-urbanism’ is directly intended to dialogue with the urban studies disciplinary fields and to innovate some of its scientific premises.

In a schematic manner it has been:

– implemented a vision of the First Industrial Revolution in a global perspective;

– identified the main features that would allowed more properly to talk about Capital’s Revolution rather then Industrial Revolution;

– conceptualize trans-urbanism in theoretical terms and with ten specific trajectories;

– proposed a new sevenfold division which intertwine the Capital’s Revolutions and the trans-urban approach using Lisbon, London, Paris, Berlin, Bologna, Barcelona and Tallinn as lenses through which we obtained a new historical “partition” of the last three centuries;

One of the first tasks carried out in the PLUS project, (lead by Dimmons — UOC Team) has been to investigate and articulate the different types of business models related to the platforms in terms of legal structures, ownership, governance, data and technological policies, growth model and social and economic impact. 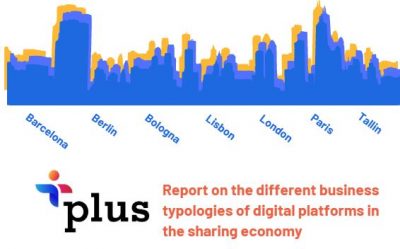 The methodology is based on the statistical analysis of a sample of sixty cases present in the seven cities of PLUS project: Barcelona, Berlin, Bologna, Lisbon, London Paris and Tallinn through the “Star of Democratic Qualities of the Platform Economy”. In contrast to previous work, this research is focused on the four PLUS main areas (Networked hospitality business, Taxi services, Urban food delivery and On-demand home services and care) and has an international scope.

The results show that Platform Economy as a diverse and dynamic field. In light of this, the aim of this report is more related to mapping a plural ‘galaxy’ than drafting a clear line of delimitation as to what each model of the Platform Economy is, and what it is not. Each of the cases studied results from varied combinations of elements rather than a few established boundaries or formulas.

The conclusions show that different business models in the Platform Economy coexist. Moreover, from the more extractivist models to the more cooperative ones, the governance of the platform plays a major role in their characterisation. The analysis also shows that as the nature of the Platform Economy business models respond to a constantly changing environment, so too does the different labour models of platforms. It then becomes interesting to analyse what implications this has on the juridical recognition and working conditions of platform workers. At the same time, the results of this investigation highlight the interconnection among governance, economic model and data and technological policies. In this regard, alternative platforms based on digital commons and cooperativistic values are the most democratic.

“…Platform economy as one of the leading vectors for the transformations of the economy as well as of society and politics writ large.”

We, The University of Bologna — Alma Mater Studiorum, are deeply convinced of the relevance of the PLUS project since we have taken the initiative to launch it and we have framed the proposal. The members of our research team have been working for some time now, both individually and collaboratively, on such topics as logistics, urban transformations, and labour.

The drafting of the project has been for us a chance to develop a tentative framework to grasp the connections between such topics. Since the beginning we have considered platforms as complex assemblages, which cannot be reduced to their technical basis. 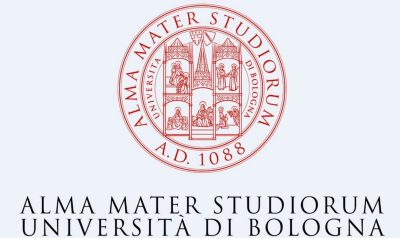 In fact, we consider platform economy as one of the leading vectors for the transformations of the economy as well as of society and politics writ large. At the same time we are convinced that it is possible and productive to take platforms as “lenses” that enable an original analysis of wider economic, social, and political processes.

The operations of so-called platforms have deep implications for the labour market and process. However, their effects go far beyond that, raising for citizens and policy-makers crucial challenges to imagine and prompt a fairer development.

The topics of welfare, redistribution and social protections represent the test bed for the capacity of our society to open up a public debate on such ongoing transformations in order to formulate common policies and take necessary decisions. To put it differently, we have to move from a platform-regulated market towards a fairer-regulated market where citizens and policy makers can still have a leading role in our democracy.

The PLUS project aims to contribute to this effort proposing an innovative approach to the issue, focusing both on the urban and on the European levels as fundamental stages where shared solutions can be planned and tested. We call this a trans-urban approach that aims to enhance the role of local actors into global processes. Developing such an approach we will attempt to discern processes and transformations that cut across the distinct urban spaces that we will investigate while at the same time we will not lose sight of the historical and cultural, social and political specificity of such spaces.

The multidisciplinary approach that shapes the project is the result of the attempt to frame the emerging phenomenon of platform economy from different but related points of view: labour laws, local taxation, business organization, regulative policies are all at stake in the project.

There is a need to add that we do not limit ourselves to research activities, which are of course a crucial aspect of PLUS. We are rather going to explore potential alternative business models (with some pilot platform cooperatives) and guidelines for labour protections and profit redistribution.

This research-action, as we want to call it, will be co-created through the involvement of multiple actors engaged in the development and working of platform economy, from local administrations to trade unions, from company managers to workers.

The University of Bologna will supervise the whole research and, at the same time, will specifically contribute on same tasks, in particular to the forging of a research framework capable to grasp the historical development and legal implications of the ongoing transformations at stake in the project. Our research team will particularly investigate therefore the genealogy of platform labour and the legal conditions of its development. Moreover, we will contribute to focus groups and “social policy labs” with local stakeholders in order to prompt a more general co-creation process.

Furthermore, our goal is the create bridges between PLUS and other academic and non-academic projects that attempt to come to grips with the challenges of platform economy.

— By University of Bologna.